Germany's public authorities are undergoing massive digitization. This is further intensifying the competition for IT specialists. How can companies still attract IT candidates? 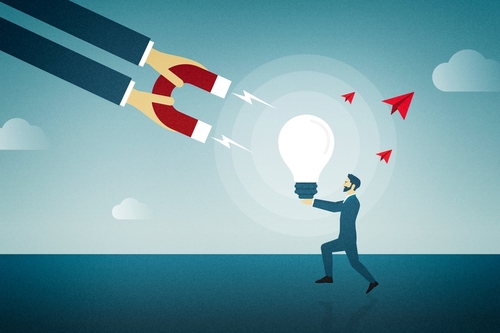 The fact that Germany has a lot of catching up to do when it comes to digitization is nothing new. In the EU's Digital Economy and Society Index, for example, our country ranks only in the middle of the pack. It looks even worse when it comes to e-government, which prompted policymakers in 2017 to enact the so-called Online Access Act (OZG). It obliges the federal and state governments to "also offer their administrative services electronically via administrative portals." In total, up to 5,000 individual services are involved, from residents' parking permits to housing subsidy applications, which citizens should be able to apply for conveniently from their home PCs in the future - and actually by the end of 2022.

This deadline will no longer be met, but the authorities still have a huge need for IT personnel: more than 46,000 IT experts would be needed to reach the target by the end of 2022, according to an evaluation by KPMG and several scientific institutes last year. However, since external service providers are not allowed to take on certain IT tasks for legal reasons, 33,000 experts would even have to be employed directly by the public administration. In other words, "at least 75 percent of the total available IT personnel are needed in the public sector alone. Although 46,000 new hires are probably still a long way off, there are currently said to be more than 20,000 unfilled IT positions in the federal civil service alone, for example.

Advantages and disadvantages of IT jobs in the public sector

However, the state and its authorities and companies are heavily recruiting skilled workers and making every effort to get rid of the often-dusty image. Nevertheless, the question immediately arises: Why should an IT specialist, who is in principle free to choose their job, start working for the government at all? Public employers can score points primarily with long-term employment and a very secure job with very regular working hours - the demand in the administration will not decrease for years.

On the other hand, it is difficult for the state regarding their salary. It is true that the rigid salary structure has been significantly relaxed, for example, with the word monster "Salary Structure Modernization Act", and the possibility of paying additional bonuses and allowances has been created. However, this is partly linked to the obligation not to change the employer for years. Additionally, bureaucratic regulations often make it very difficult for the authorities to find applicants: For example, project-based appointments are rather unusual and most positions must first be advertised internally before external applicants are even admitted. In many cases, it is not even possible to hire someone without a civil servant background.

Thousands of IT staff already committed for the long term

In any case, despite all efforts, public authorities are lagging massively behind the digitization plan. With serious consequences for the IT personnel market! A large proportion of the IT experts who should/could soon be available again are already tied up and placed in public projects well into next year. And there is a massive recruitment drive for fresh talent, which further exacerbates the skills situation and is likely to do so even more in the future.

How can companies stay ahead of the competition for sought-after freelancers under these circumstances?One thing is clear: good money, home office options and individual benefits are attractive and decisive for many. But in order to additionally convince freelancers in the tight situation, two further points are quite decisive in our view:

Most requests reach us at very short notice. Preferably within a few weeks should be started. ASAP please! Although this is financially more lucrative for IT experts, it is difficult to plan, because freelancers are also looking for planning security and want to avoid project-free periods. That is why companies should not only keep their application processes lean and accept as quickly as possible, but also be more proactive in their project and personnel planning. Particularly large projects are usually planned and budgeted for a long time, so it would make sense to concretize personnel requirements much earlier. Ideally, professionals such as your trusted IT staffing service provider should be involved in the process at this early stage - as early as possible, even in the previous year if necessary. This way, we can help you better cushion the tight market situation.

This is accompanied by the desire of many freelancers to be involved in longer projects if possible. In the best-case scenario companies are planning and booking sufficiently long project periods right from the start. And, just as importantly, to place necessary extensions with the freelancer as early as possible, not just a few days before the original end of the project. It is not just the IT staffing agency that will be happy about more planning security - the freelancers will also thank you with greater satisfaction and better performance. Clear, reliable agreements are the be-all and end-all of working with good freelancers.

Tip: Use the know-how of professionals

We will be happy to advise you on how to optimize your personnel planning at an early stage in view of the dramatic shortage of skilled workers. We promise you: The sooner you involve us, the better. Because that way we have the greatest chance of finding the right candidates for you, despite the considerable competition from public-sector clients. Our network is large and we know the market inside out. Try us out! Our consultants look forward to a call or an e-mail from you.